In early June the Urban Sketchers of Brisbane visited the University of Queensland.  The focus was the Forgan Smith Building, which forms one side of the Great Court at the heart of the campus.  This historic building is arguably the most significant heritage building in Queensland and is a magnificent example of Art Deco architecture.  The building and inner cloisters of the Great Court are highly decorated with relief sculptures, friezes and grotesques symbolising significant events, ideals, thought leaders and university staff connected with the colleges.

Some of us arrived early, ahead of the appointed time, because we were so keen to sketch.  I began an ambitious view of the central tower as seen from inside the Great Court.  I finished only part of my intended result – bit off more than I could chew, I think!  It’s always amazing how time flies when you get into “the zone” of sketching.  We attracted some attention from passersby, some of whom may now join the group, so that was exciting.  Carol was even asked later by one of these "fans" to return to her original position for a posed photo.  Here is my photo of her in the same spot.  You can see the fabulous carving atop each column of this cloister walkway. 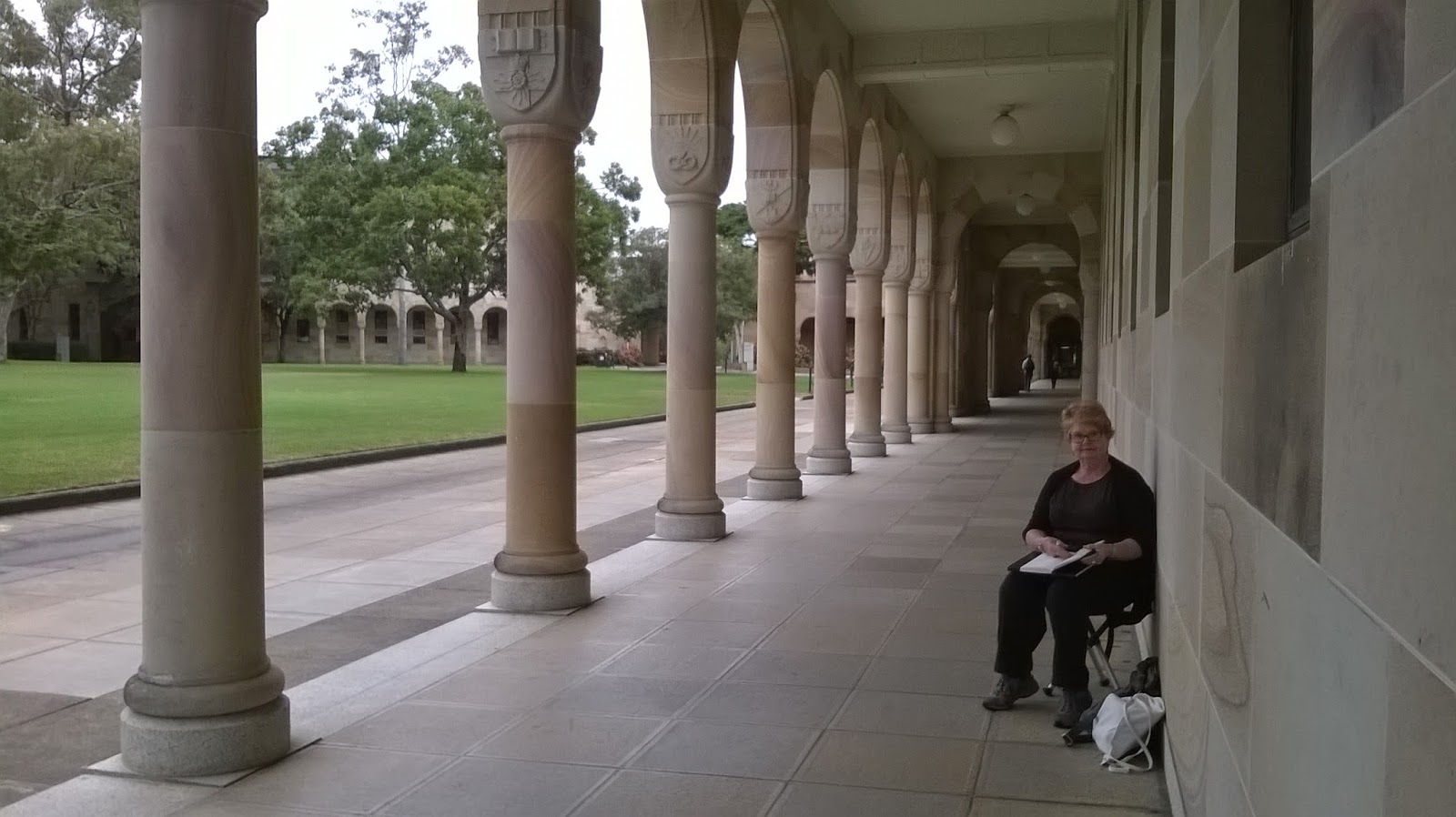 When assembled, our group began by sketching near the law entrance, which has a sculpture on each side as well as a frieze above.  We debated who this fellow ought to be.  Who in the history of law would wear a crown?  Perhaps King Solomon? 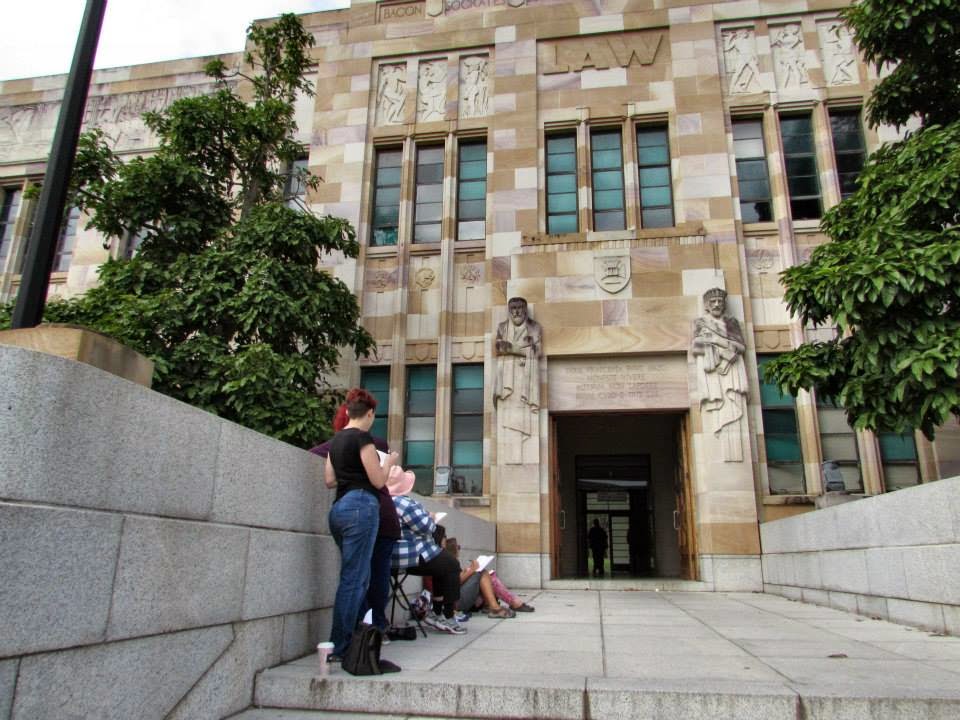 Moving to the other side of the cloisters, several of the group created wonderful sketches of the arches and views.  Meanwhile, I sketched my fellow sketchers.  It was wonderful to see how intensely they were observing and drawing and painting.

Below is the spread of collected sketches from the group at the end of the outing.

I finished my tower sketch off after the group dispersed -- you can see it here.