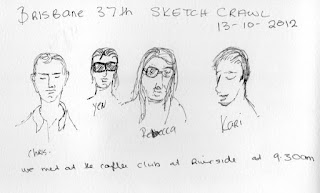 This is the group at the Coffee Club 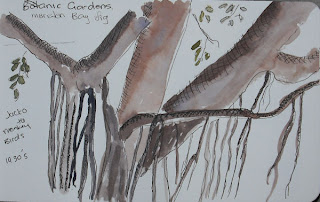 Moreton Bay fig in Brisbane Botanic Gardens
The Moreton Bay Fig is a rainforest tree, and in that habitat it can be a 'strangler fig' - with it's seed setting high in the canopy and it's roots reaching right down to the ground, eventually growing to a stage that strangle it's host and stands alone. It can grow to 50m with wide buttressed roots. 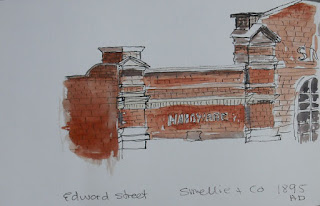 Smellie and Co Edward Street 1895 AD
One of Brisbane's oldest buildings is the Smellie &amp; Co building at the bottom of Edward St.  It dates back to the 1860s, when the RR Smellie &amp; Co foundry was established in Alice St. A burgeoning Brisbane ensured that the firm grew, and by 1882, it had become Smellie &amp; Co, a hardware and machinery retailer.. 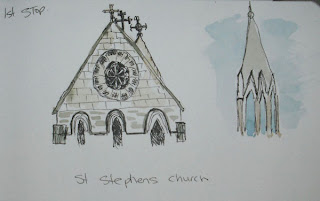 Streets Beach South Bank
Australia's only beach in the middle of a city.  Construction commenced in February 1991 and was complete by June 1992