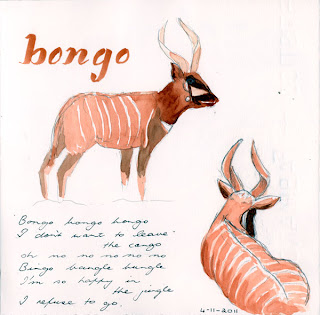 On our third trip to the zoo, we managed to sketch some animals that hadn't been co-operating the previous times. First the bongo, who I love for the paint dribbles on his coat. Next to him were the zebras. The keeper came with brunch for them, so they stayed still, except for raising & lowering their heads.

The zoo was reminding me of nonsense rhymes & old songs I knew as a child, so the bongo is sharing his page with one of them. I don't think I actually knew there 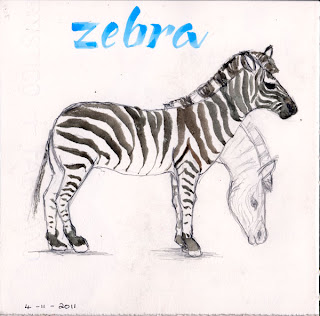 was an animal called a bongo till now.

We queued up to see the tiger cubs who were newly on show, but couldn't sketch in there because of all the people. You can see the photo on my blog.


We then sketched the thar who have their own personal mountain. They live in little nooks and crannies there.You may think that I have spelt it incorrectly on one page, however the zoo calls them tahr and I have always known them as thar. 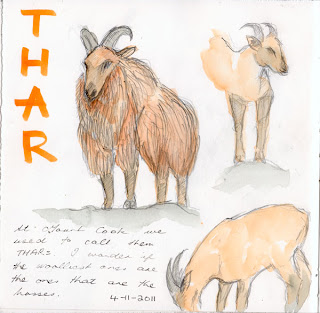 I onced worked at Mount Cook in New Zealand. There are chamois and thar in the national park there. I was a bit thrown at first because I thought the zoo had got it wrong, but Wikipedia tells me both are OK. The woolliness of their coats varies a great deal. I don't know if it relates to seniority but it looks as if it does. 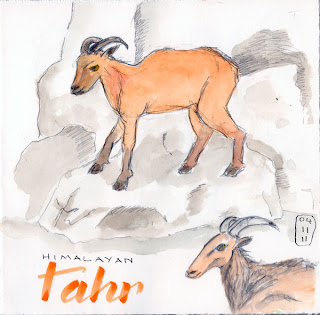 Last, we visited my favourite boys - the lemurs. I do hope they find them some girlfriends. I'd love to see some baby lemurs. I found some wonderful videos on youtube of John Cleese with the lemurs in Madagascar. Do watch them. It is such a credit to John Cleese that he'd do such a daunting trip for the benefit of these beautiful animals. 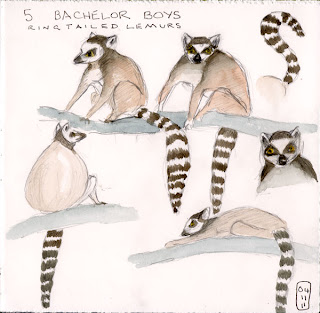 Posted by quirkyartist at 1:43 PM