In between catching up with family and friends while in Kuala Lumpur recently, I was able to sketch a little. I left Kuala Lumpur to move to Australia over a decade ago, and while I was living over there I was not drawing much. So being able to draw these two Kuala Lumpur icons was quite special (even somewhat emotional) to me. 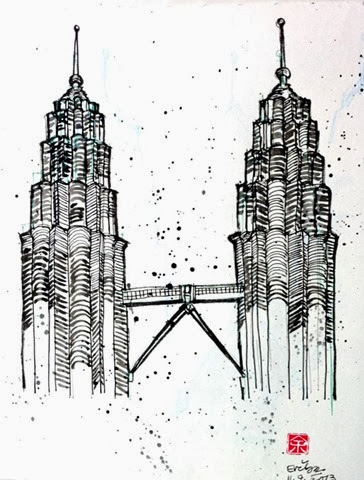 The Petronas Twin Towers has 88 floors and was once the tallest in the world. It was built when I was living in Kuala Lumpur. In fact, my office was across the road and I saw the building whenever I was in the city. But I never realised the structure of the building until I began to draw it. 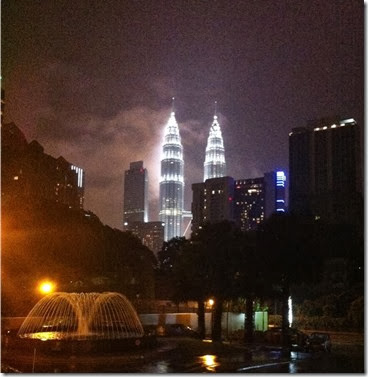 I also never realised how beautiful the towers are – even more beautiful in the rain. I was caught in a heavy downpour one night and cannot resist taking this photo of the towers glowing in the dark. 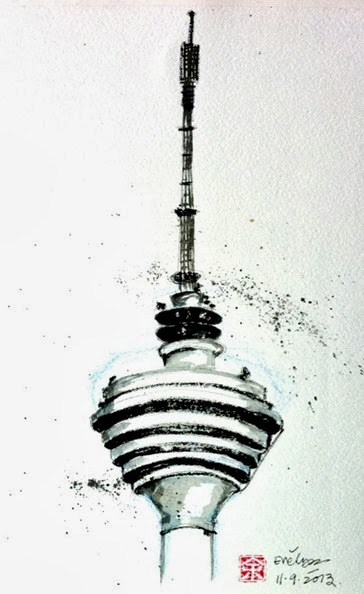 The Kuala Lumpur Tower is another structure built when I was in KL. It’s a communications tower, and a popular tourist destination. I must admit that I have not really been there except for a drive around the surrounding area. Isn’t strange that we don’t explore the places that are close to us? Well, maybe one day when I am in KL again, I will go up to the observation deck and take in the view of KL.