USk Brisbane April and May Roundup


April and May were another two great months for Brisbane Urban Sketchers.  We have continued to hold two Sketchouts every week and managed to hold 18 over the two months. This would not have been possible without the dedication of the Admins and members who volunteered to host Sketchouts.


We ranged all over the Brisbane region from the inner-North former suburb of Ithaca to the Bayside suburb of Manly and its yacht filled marina all the way out to the wilds of Ipswich where our sketchers enjoyed the Medieval Festival. Some of the other places we sketched at were St Stephen’s Cathedral, St John’s Cathedral, UQ St Lucia, and the City Botanic Gardens.  Our final Sketchout for May was held in Victoria Barracks which is a closed Army barracks not open to the public.


We were also able to sketch with USk members from interstate who were visiting Brisbane. Two of them were Martin Perera from Goulburn and Bernard Hornblower from Melbourne. We moved our Saturday Sketchout to Sunday so that Bernard could meet up with us.  Any sketchers visiting Brisbane please contact USk Brisbane and we will do our best to organise a Sketchout that you can attend. 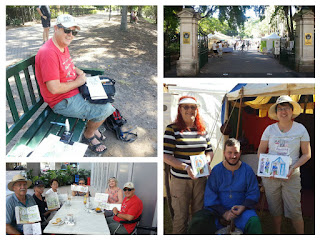 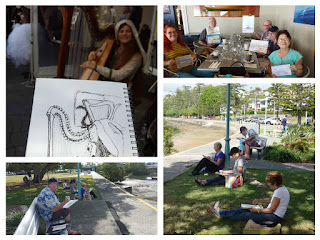 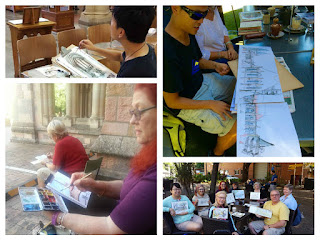 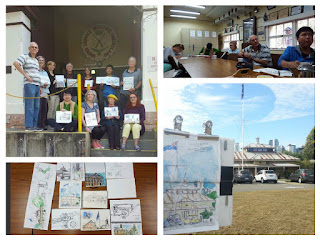