Had some fun sketching my friend's Medieval appreciation group, the SCA, who meet every week, donn custom-made armour and fight to the death, well not to death, but they full on whack each other to bits with swords (made of blunt wood). It was so challenging trying to capture not just their moves, but the techniques they employ. 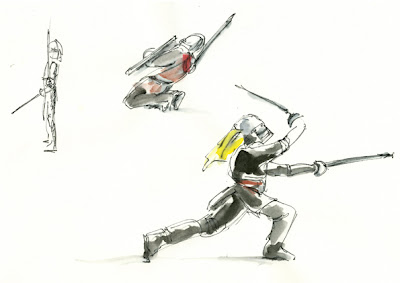 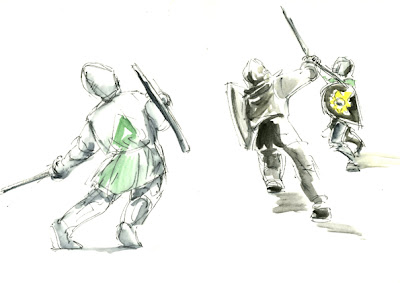 Then later in the week I attended Marrickville Festival. It was damn hot and so many people shuffling around, that I tried to find something to draw under plenty of shade. One was of a local dance skool putting on a performance, and the other a mobile circus that entetrtained the kids while parents put their feet up for a bit. 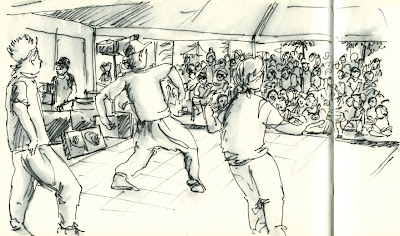 Posted by meegan parkee at 1:50 PM