As mentioned in a previous entry I completed my first Urban Sketches book end of 2011. Well, I am happy to say I have made a good start on my new sketchbook. My theme is Scenes From A Bus Stop. Most will still be of Marrickville and the surrounding inner-city suburbs, but as I catch public transport quite regularly, there will be the odd other location in Sydney as well. I'm still sticking with the artline pen and waterbrush pen combination, as I quite like it. I've also decided to "square off" the scenes too. It keeps each page scene and looks neater. 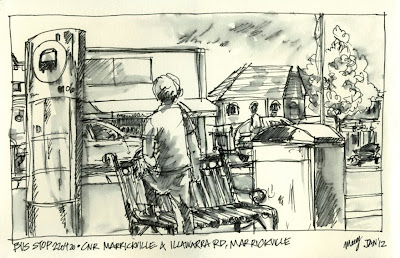 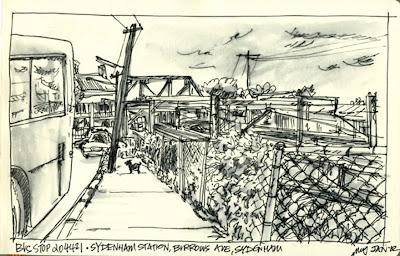 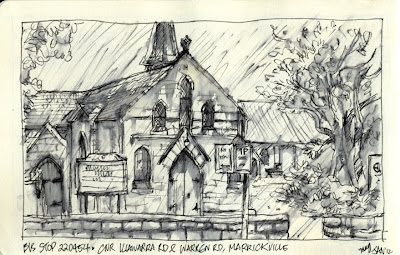 I had to draw this Newtown scene over two days. The first day my bus came quite promptly, which is unusual for this route (370 - I'm always waiting forever). So I came back the second time as part of my exercise/walk. However, the second time was so much busier with so many cars and people it made me a little frenetic in my actions trying to finish the drawing at the same pace. 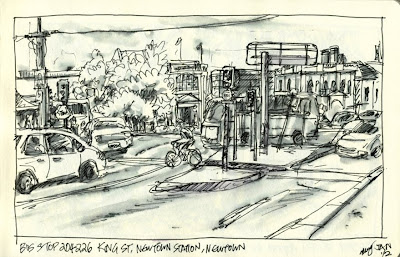 This was the return trip on the 370, and is what I'm use to, I had plenty of time to finish this sketch. I think these are fire hydrants. 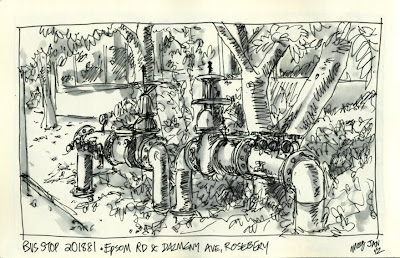 Posted by meegan parkee at 7:59 AM